The latest market highlights and our views on the key developments as sentiment is buoyed despite the ongoing coronavirus outbreak; services PMIs are in focus today; and President Trump's impeachment trial is set to conclude with acquittal this afternoon

Tuesday was one of those days where financial markets threw up relatively little in the way of talking points or notable data releases.

The pound, however, did throw up some excitement, stumbling out of the wrong side of bed in early trading and falling to a year-to-date low below $1.2950. However, cable bounced strongly off the lows in something of a 'V' shaped recovery, with sterling ending the day 0.4% higher.

Elsewhere, markets struck an increasingly risk-on tone, with sentiment steady amid the ongoing coronavirus outbreak. In Europe, the pan-continental Stoxx 600 closed at session highs with a gain of 1.6%.

Across the pond, the US benchmark S&P 500 closed 1.5% higher, with all sectors - barring utilities - ending the day in the green. Other major US indices also ended the day higher, with the tech-heavy Nasdaq adding more than 2% to close at a fresh all-time high. 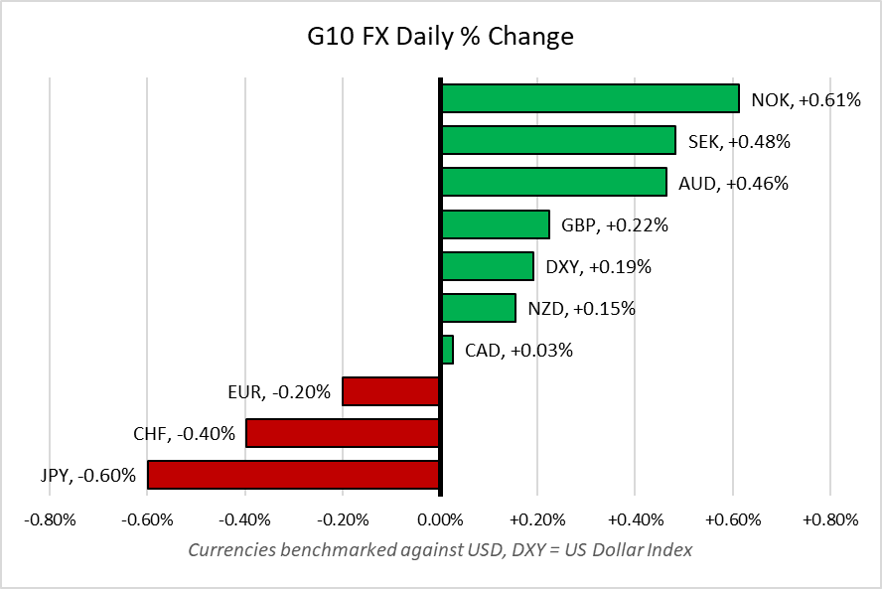 Bond yields also rose - a sign of falling demand - as a result of the risk-on feel. US 10-year Treasury yields ended the day around 7bps higher, with similar increases across the curve, while the 3-month 10-year spread has come back into positive territory.

The positive risk mood didn't however, spread to oil markets, where prices tumbled for a second straight day. Global benchmark Brent settled 0.8% lower, while US WTI crude shed 1%, settling below $50bbl for the first time in more than 12 months.

The relatively quiet trading conditions seen on Tuesday provides a good opportunity to think about some key questions global investors are battling with at this juncture, including:

I've explored these themes in more detail in a video outlook for the month ahead here, and in my full monthly outlook here.

As always, your thoughts on these themes - or any others - are always most welcome.

As is customary for the third day of the month, it's all about services PMIs today.

From the eurozone, January's final PMI report is set to confirm a modest pullback in the index, with expectations for an unrevised print of 52.2. The composite PMI - which accounts for output across the economy - is also expected unrevised at 50.9. 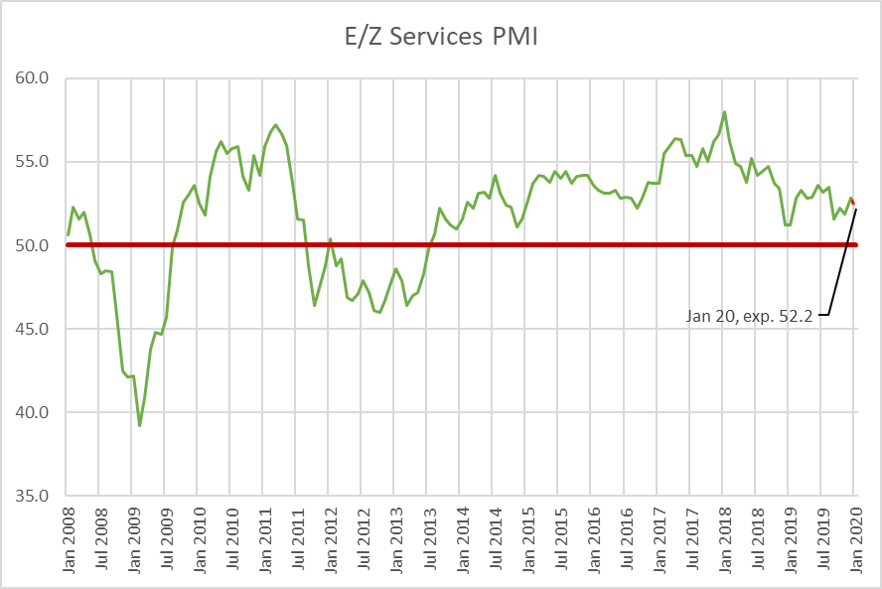 Meanwhile, in the UK, the final services PMI is set to confirm the post-election 'Boris bounce' seen in the economy last month, with an unrevised reading of 52.9 expected; representing a 16-month high for the index, and confirming the survey's biggest 1-month jump in more than three years. 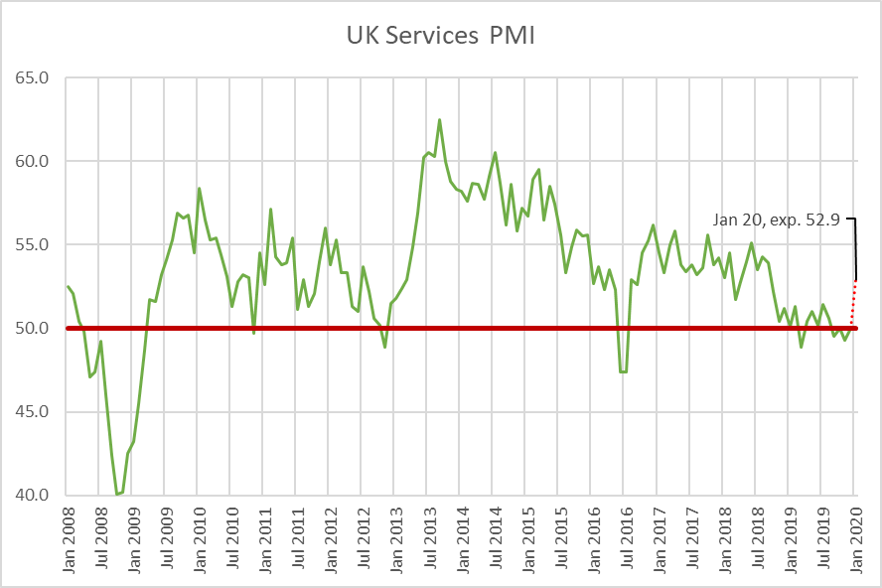 Across the pond, the all-important ISM non-manufacturing PMI - which represents around 70% of the US economy - is expected to show the services sector continuing to expand at a healthy clip in January, with a reading of 55.0 expected. 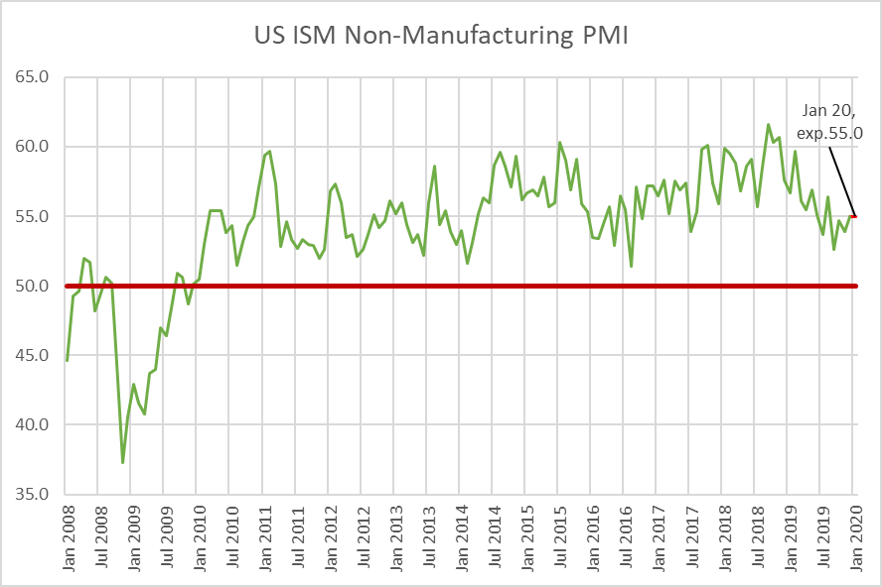 Such a print would serve to confirm that the FOMC will remain on hold for the foreseeable future, given that monetary policy alterations are unlikely barring a significant economic downturn.  It will, however, be worth paying attention to the employment sub-component of the non-manufacturing report ahead of Friday's nonfarm payrolls release.

Speaking of payrolls, this afternoon's ADP employment change report - expected to show 156,000 jobs added to the economy last month - is also a semi-reliable indicator of Friday's jobs report. The expected 156k print would represent a continued healthy pace of hiring in the US labour market, though the correlation with Friday's official payrolls report remains somewhat dubious. 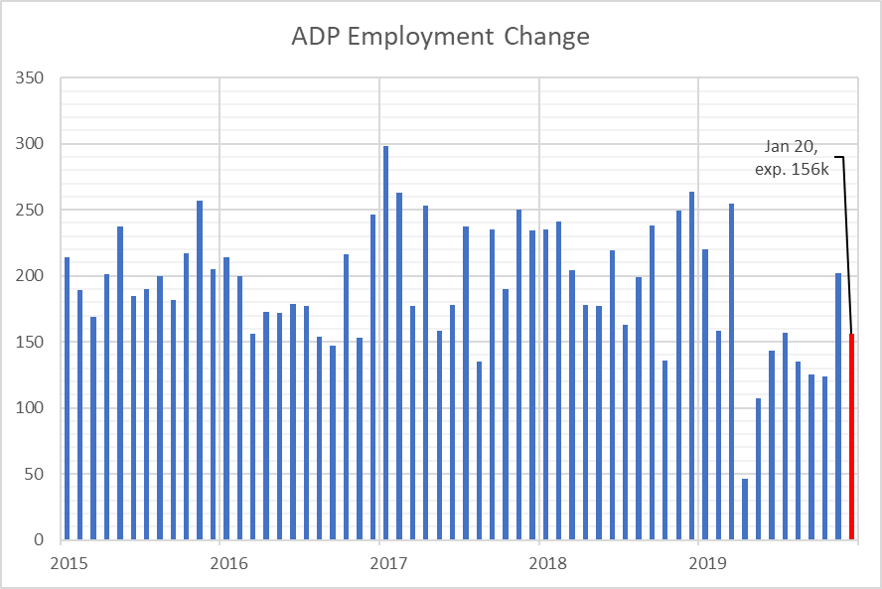