In September geopolitics appears likely to dominate currency markets once again, with central banks set to continue easing policy in an attempt to sustain the present economic expansion.

The US Federal Reserve are set to announce another 25bps rate cut, while the ECB will likely announce a significant stimulus package to attempt to revive eurozone economic fortunes. Meanwhile, Brexit will remain at the forefront, with a Parliamentary showdown set to take place between pro- and anti- no-deal MPs.

Find out more about what's in store for sterling and other currencies, in our September Currency Outlook. 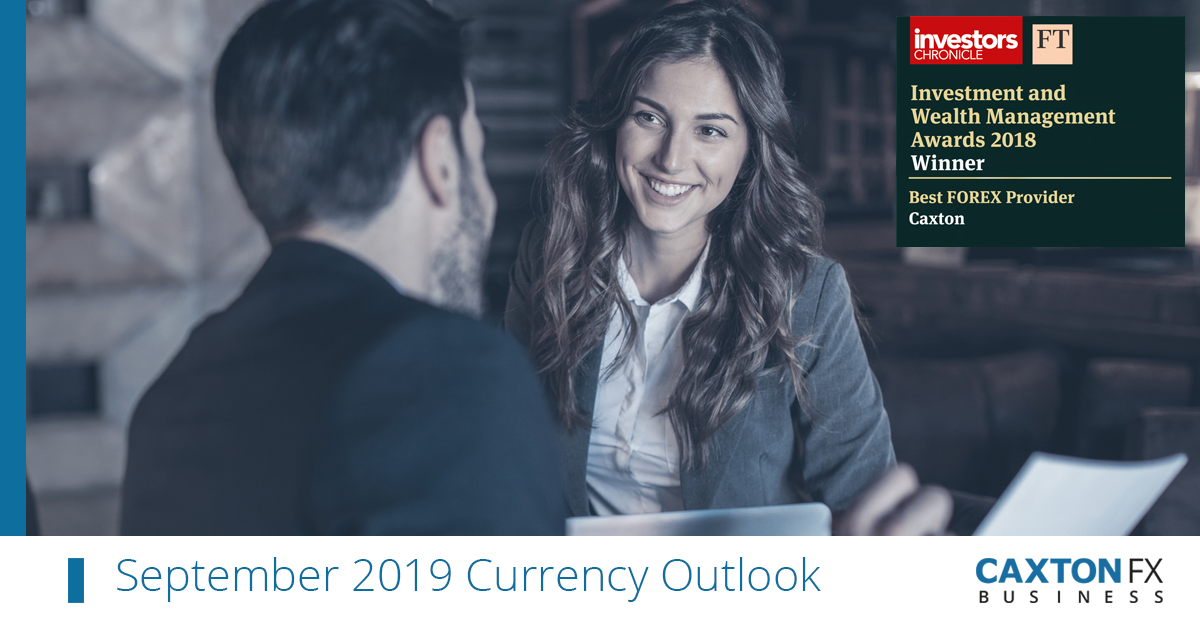