The latest market highlights and our views on the key developments as the US economy delivers another goldilocks jobs report; sentiment turns risk-off into the weekend; and the week gets underway with a quiet economic calendar

Another Goldilocks US Jobs Report

Goldilocks; not too hot, not too cold, but just right.

That remains the best way to describe the US labour market, with Friday's jobs report showing a continued solid pace of jobs growth, low unemployment, and earnings continuing to rise at a healthy clip.

Starting with payrolls, headline nonfarm payrolls increased by 225,000 in January, above all Bloomberg forecasts, and also above the 3-month average of 211,000.

The solid payrolls increase represented the 112th straight month of jobs gains, an impressive record for an economy now more than 10 years into the present economic expansion. The record-long stretch of payrolls gains is even more impressive considering that the benchmark revisions showed 514,000 fewer jobs created between April 2018 and March 2019 than had been initially thought. 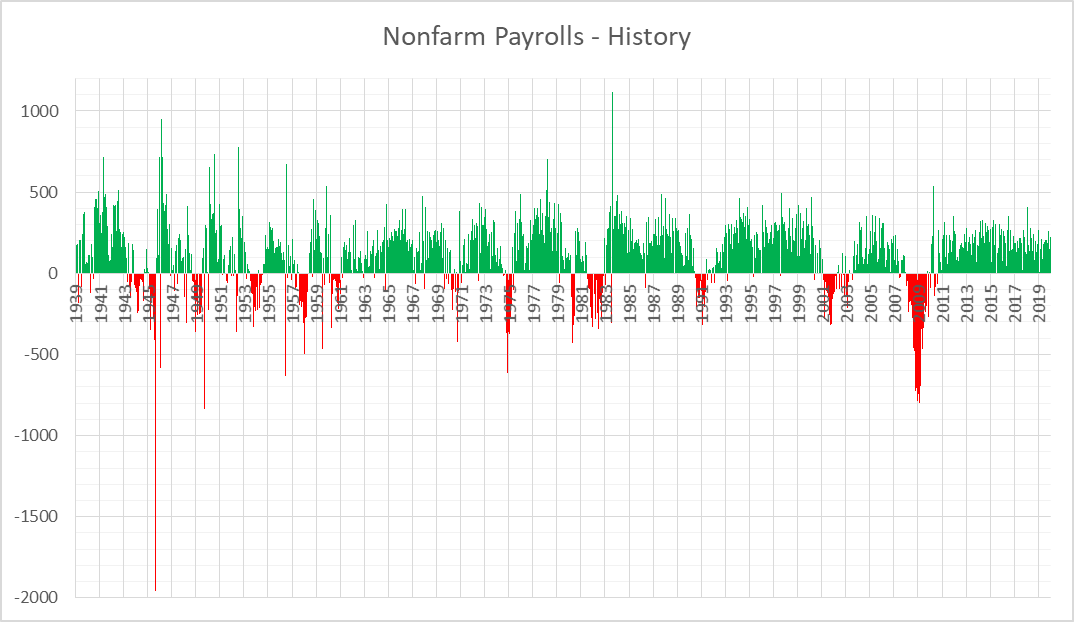 Meanwhile, the unemployment rate ticked up to 3.6% in January, though this was driven by an increase in the participation rate - to a six-year high 63.4%. As a result, the increase in unemployment rate is actually a net positive, representing more people entering the labour force, rather than more people losing employment. Looking ahead, this likely points to healthy jobs gains in the months to come, as the increasing size of the labour force means open positions should be easier to fill. 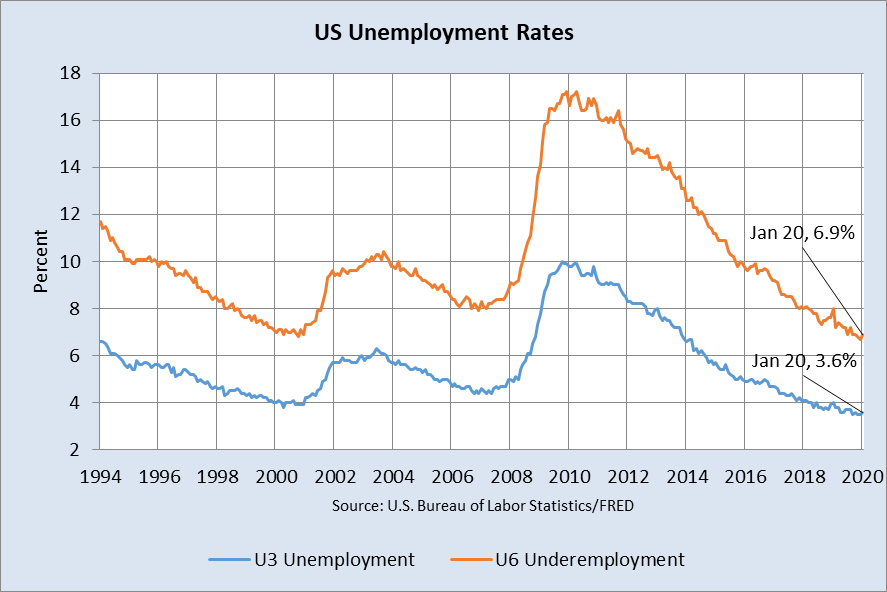 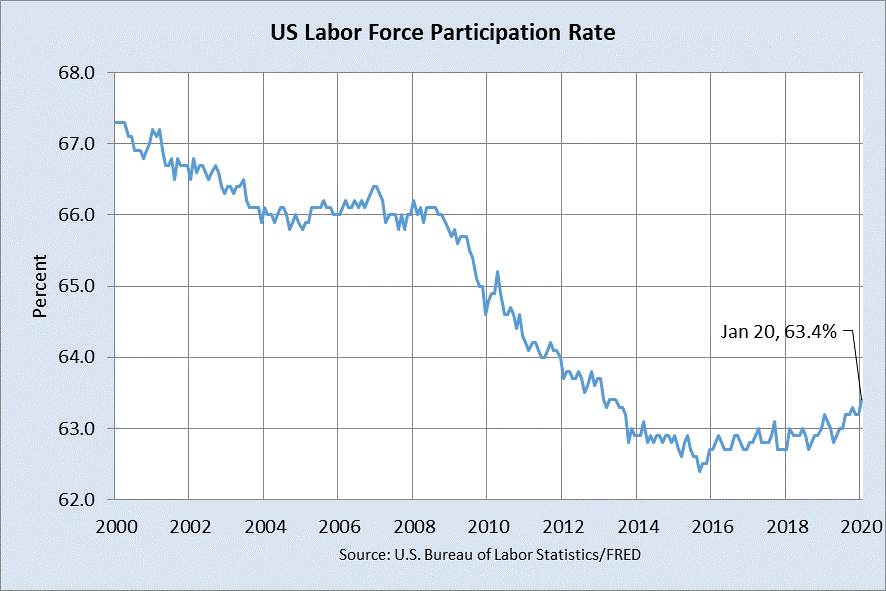 Further reinforcing this view is the employment-population ratio, which climbed to a fresh post-crisis high of 61.2% in Friday's report. This, however, remains significantly below the pre-crisis 63% levels, also pointing to further jobs gains ahead, assuming that the Fed have achieved a 'soft landing' and the economic expansion continues apace in the coming quarters. 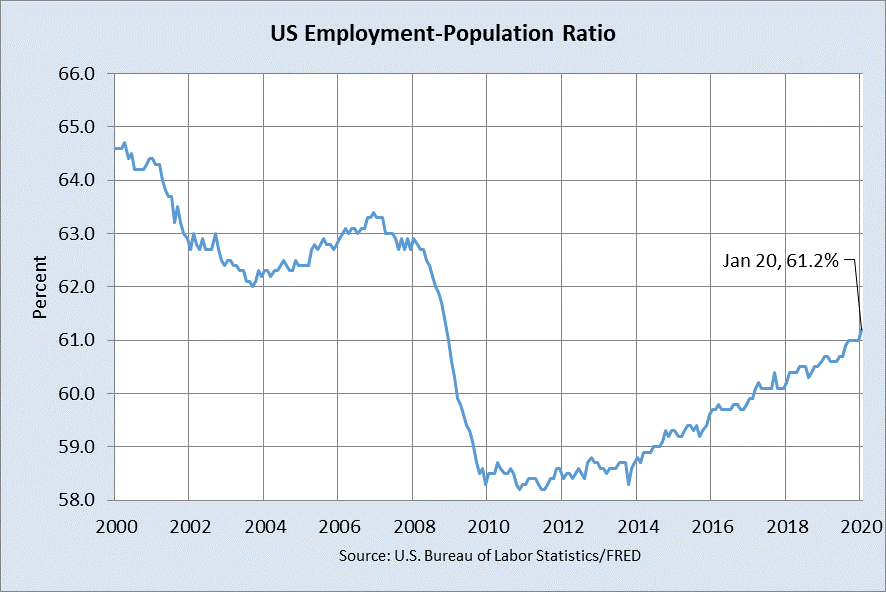 Turning to earnings, the continued low unemployment rate sees wages continue to increase at a healthy clip. Average hourly earnings increased by 0.2% MoM in January, pushing the annual pace of earnings growth to 3.1%. 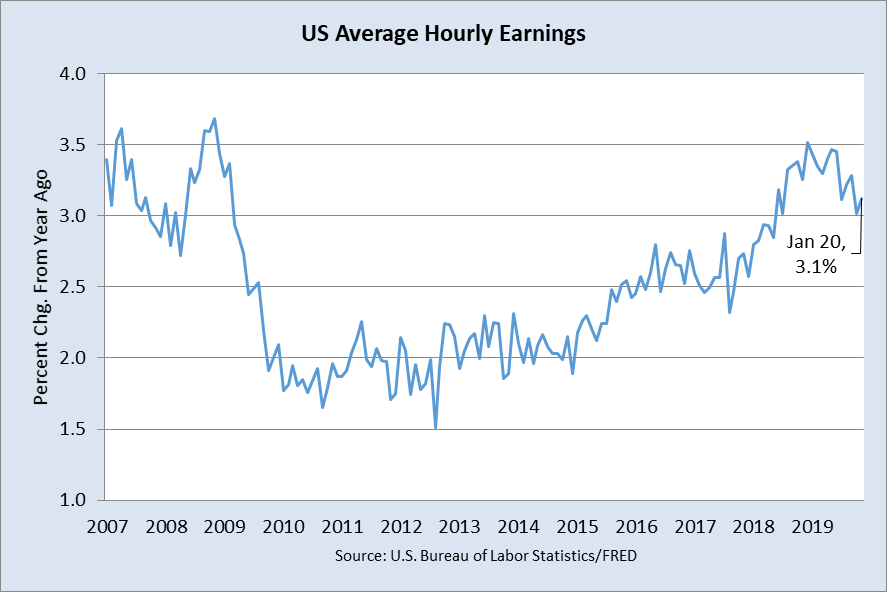 This continued pace of earnings growth should see consumer spending remain solid in the months ahead, helping to underpin the ongoing economic expansion.

As a result, the jobs report will do little to alter the FOMC's policy outlook, with the healthy pace of earnings growth unlikely to result in any significant inflationary pressures, thus leaving policymakers in 'wait and see' mode.

For markets, the jobs report was largely overlooked - barring a brief dollar bid - with focus remaining on the ongoing coronavirus outbreak, and the risk-off feel sweeping markets before the weekend.

Risk-Off Into The Weekend

As mentioned above, the now-familiar risk-off Friday feeling once again swept markets as the week drew to a close.

This should, however, have come as no surprise, for two reasons.

Secondly, market participants would have wanted to take risk off the table before two days of unpredictable news on the coronavirus outbreak, and no chance to react to the headlines until Monday morning.

Speaking of the virus, China has now reported more than 35,000 confirmed cases; while the death toll from coronavirus has now exceeded that of the SARS outbreak in the early 2000s.

As a result of the risk-off feel, both risk-sensitive antipodean currencies lost ground. The Aussie dollar shed 0.9%, falling to a decade-low against its US counterpart; while the Kiwi dollar fell more than 1%, tumbling to a 3-month low.

In contrast, the safe-haven Japanese yen added 0.25%, while the US dollar closed 0.2% higher against a basket of peers. The dollar's gain saw the greenback extend its recent gains into a 5th straight day, taking the dollar index (DXY) to its highest levels since early-October.

In other asset classes, the classic defensive playbook was in effect.

Across the pond, the benchmark S&P 500 snapped a 4-day winning streak, ending the day 0.55% lower; while the Dow and Nasdaq also closed in the red, with all indices pulling back from Thursday's record highs.

In commodities, oil prices extended their recent slide amid concerns over the drop in Chinese demand, and reports that Russia were not yet fully onboard with potential OPEC production cuts. Global benchmark Brent settled 0.75% lower, while US WTI crude shed 1.2%; both ending with steep weekly losses.

In contrast, gold prices edged higher on Friday, benefitting from the rotation into safe-haven assets, with spot gold ending the day 0.2% higher.

Finally, in the bond market, Treasuries continued to rally across the curve, with 10-year yields falling 6bps, falling back below the 1.60% handle.

Friday's cross-asset performance is below: 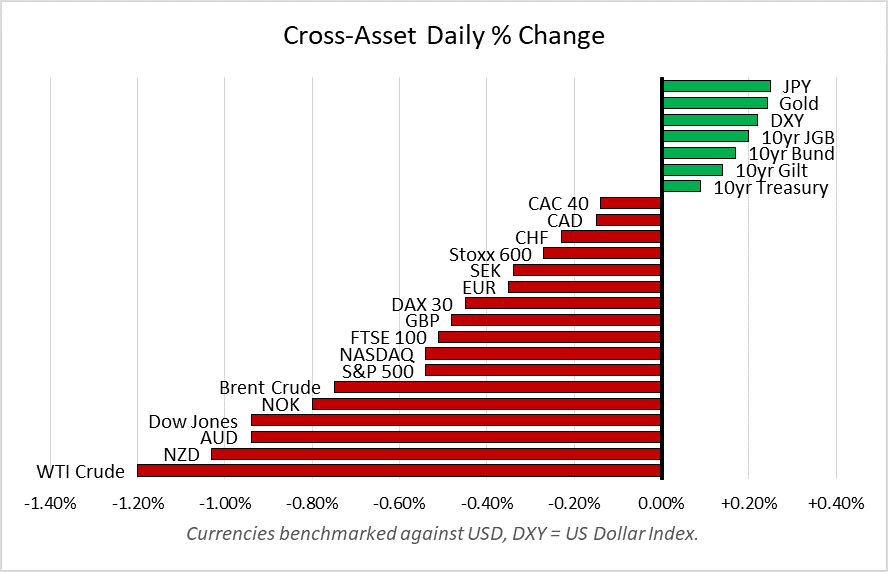 The fresh trading week is likely to see developments in the ongoing coronavirus outbreak remain key for risk appetite, with the situation remaining fluid.

Turning to the day ahead, the week gets underway with a relatively light economic calendar, with nothing in the way of top-tier releases due.

Of today's prints, this morning's eurozone investor confidence index is set to show cautious optimism; while the health of the Canadian housing market will be closely watched via December's building permits report and January's housing starts release.

Looking ahead, it's set to be a busy week for monetary policy. After the Fed released the semi-annual Monetary Policy Report on Friday, Chair Powell will testify to Congress on Tuesday (House) and Wednesday (Senate). The testimony, however, will likely be a repeat of remarks from the January FOMC, though do be on alert for any surprises.

This jam-packed calendar should give plenty for market participants to get their teeth stuck into, and could see significant repricing in rates markets in the event of any clues on the policy outlook.

The Week Ahead - Data

On the data front, the US consumer will be in focus this week, with Friday's retail sales and consumer sentiment reports set to prove key leading indicators of the state of the US economic expansion. The latest CPI figures, due on Thursday, will also be in focus.

Elsewhere, GDP figures will be eyed from the UK, Germany, and the eurozone - though the latter being the 2nd estimate should limit any significant market reaction.