Eurozone inflation heats up, Canadian GDP points to solid growth, and election campaigning continues; while December kicks off with a packed calendar

Markets continued to strike a quiet tone into the weekend, with trading volumes remaining thinner than usual after Thursday's Thanksgiving holiday.

Nonetheless, a host of releases and headlines gave market participants some food for thought in the slightly longer-term.

Friday saw the release of the latest flash inflation data for the eurozone, which showed a faster than expected rise in both headline and core CPI measures. At the headline level, CPI increased by 1.0% YoY last month, bouncing off October's almost 3-year low, and recording the fastest increase in 3 months. Core CPI also increased, jumping by 1.3% YoY last month, the fastest pace since April, with increases in both measures being driven by strong growth in services prices.

Nonetheless, the inflation uptick will likely do little to alter the ECB's ultra-loose monetary policy stance, with policymakers primarily concerned about the ongoing fragile momentum and weak fundamentals of the bloc's economy. As such, rates are set to remain at the present, negative, levels for the foreseeable future, with fiscal stimulus also urgently required from eurozone governments with adequate budgetary space. Nonetheless, ECB President Lagarde, and market participants, will be paying close attention to whether the release marks a turning point and the beginning of a more sustained increase in inflation.

For the euro, the release had little immediate impact, with the common currency closing unchanged. The euro did, however, briefly touch a 7-week low below the $1.10 handle, before gaining ground in the afternoon session, benefitting from a broadly weaker dollar. 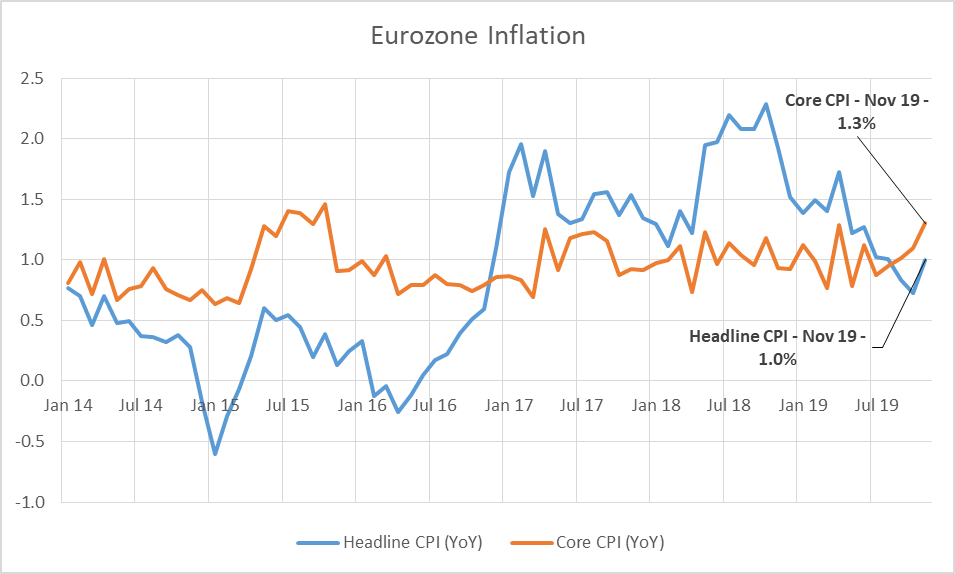 Canada GDP - Better Than It Looks

Friday's other major economic release came from Canada, in the form of third quarter GDP.

Data pointed to the economy growing at 1.3% on an annualised QoQ basis, bang in line with both investors' and the BoC's expectations.

However, the details of the report are better than the headline print makes out, with household consumption remaining solid (+1.6% QoQ) and business investment increasing at its fastest pace since 2017 (+2.6% QoQ). The major drags on economic growth came from inventories, which trimmed 1.62pp from GDP, as well as trade which cut a further 0.49pp. If the effects of these two, volatile, factors are removed, the growth rate would be around 3.4%.

The report bodes well for the Canadian economy going forward, especially if consumer spending remains solid, and helped to lift the loonie, which closed 0.2% higher on the day. 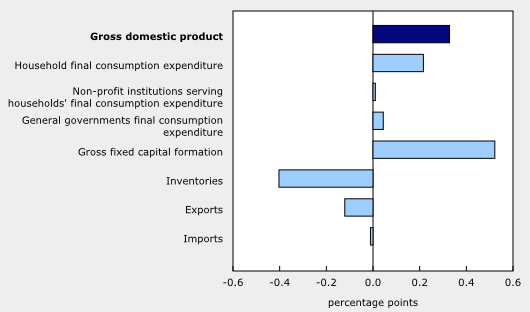 The pound, meanwhile, continues to take its lead from opinion polling for the general election, with polling day a little under two weeks away. The pound spent Friday confined within recent trading ranges, with little in the way of major campaign developments resulting in no significant volatility. Sterling ended the day 0.2% higher against a weaker dollar, and flat against the euro.

Over the weekend, opinion polls have shown that, while Labour are gaining ground, the Conservatives continue to hold a relatively solid lead - on average 10.6 points, though individual pollsters put the lead anywhere between 6 and 15 points. While this puts yet more emphasis on the need to look at more than one poll before making a judgement, the polls may be causing some jitters in the Tory party, with a 6 point lead getting close to hung Parliament territory.

Labour's recent poll gains are likely to be as a result of the Tories squeezing most of the Brexit Party's vote early on in the campaign (thus limiting their gains now), and the remaining undecided voters now confirming that they will be voting Labour. The question over the coming fortnight will be whether Labour can make up the required ground in the limited time available. 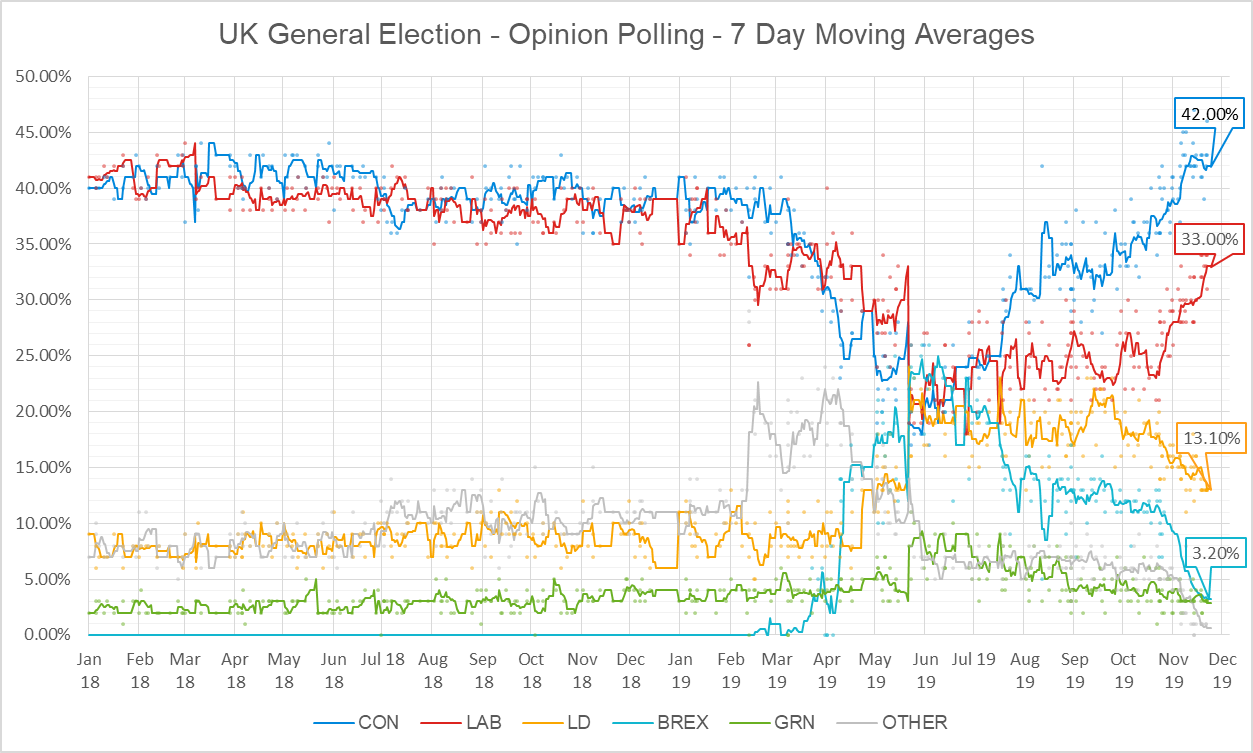 While volatility may have been muted in the FX market on Friday, oil markets were anything but quiet.

Prices sunk as November drew to a close, with reports that Russia were pouring cold water on the idea of announcing an extension to existing OPEC+ production cuts exerting significant pressure. Markets had been expecting an announcement of a 3-6 month extension to existing cuts to come at this week's meeting, however that is now in doubt.

As a result, US WTI crude tumbled 4.6%, bottoming out just above the $55.02bbl mark. Global benchmark Brent also struggled, shedding 2.3%.

A fresh trading week, and the final month of 2019, begins with a busy economic calendar, though developments in the US-China trade war will remain the primary driver of shifts in risk appetite.

The Day Ahead - PMIs

The first day of the month sees the usual round of manufacturing PMI surveys, referencing November, giving market participants their latest look at the health of the global production sector.

This morning's first release comes from the eurozone, with the PMI expected at 46.6, unchanged from the previously released flash estimate. If confirmed, the data would point to the 10th straight contraction in the European production sector. It is also worth watching the country breakdown of this morning's PMI, especially Germany, for any signs that the slowdown in Europe's economic engine room may be bottoming out.

The PMI releases continue with data from the UK, expected to remain in contraction and be unchanged from the flash estimate at 48.3, as well as a release from Canada, with the index expected to tick up 52.6, the highest level since February.

Despite these releases, the main event comes from the US, with the release of the ISM manufacturing gauge for November. The US manufacturing industry is expected to have remained in contraction for a 4th consecutive month, with the PMI expected at 49.4, just below the 50.0 marker between expansion and contraction. The data would, however, represent a 3rd straight increase in the gauge, perhaps indicative of the production sector exiting its recent slowdown.

Looking to the week ahead, a couple of central bank decisions are due.

On Tuesday morning, in the early hours, the Reserve Bank of Australia (RBA) are set to keep rates on hold at a record-low of 0.75%, with markets pricing no chance of any alterations. Focus will, therefore, fall on the policy outlook, with policymakers likely to maintain an easing bias, indicating further loosening is possible next year.

Then, on Wednesday, the Bank of Canada (BoC) is also likely to keep rates unchanged at 1.75%, the highest policy rate among G10 central banks. The BoC is also unlikely to indicate that any policy accommodation is to be forthcoming, especially with the economy evolving in line with policymakers' expectations. 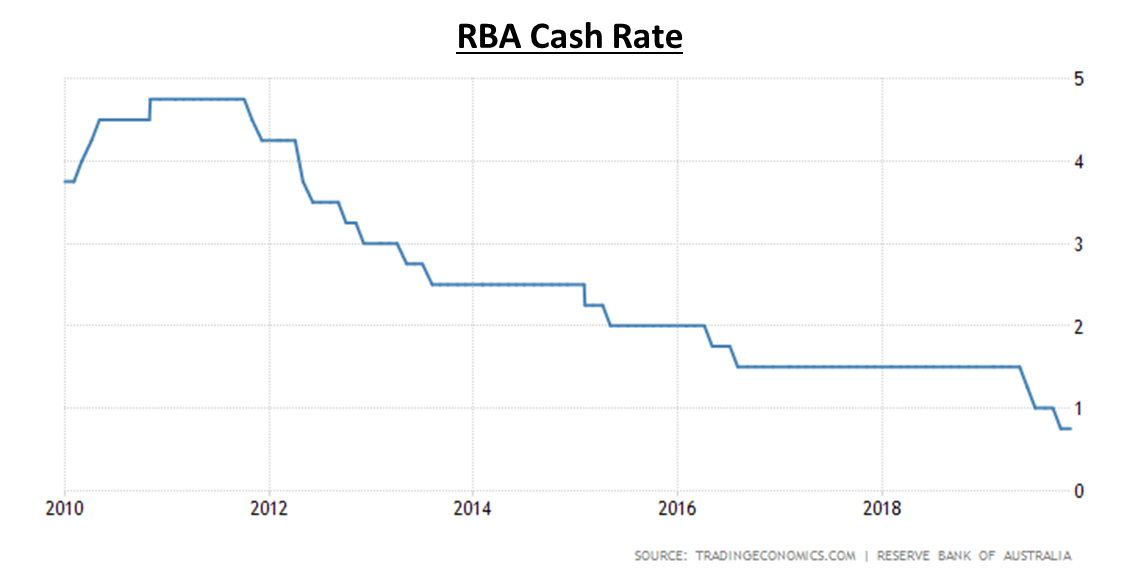 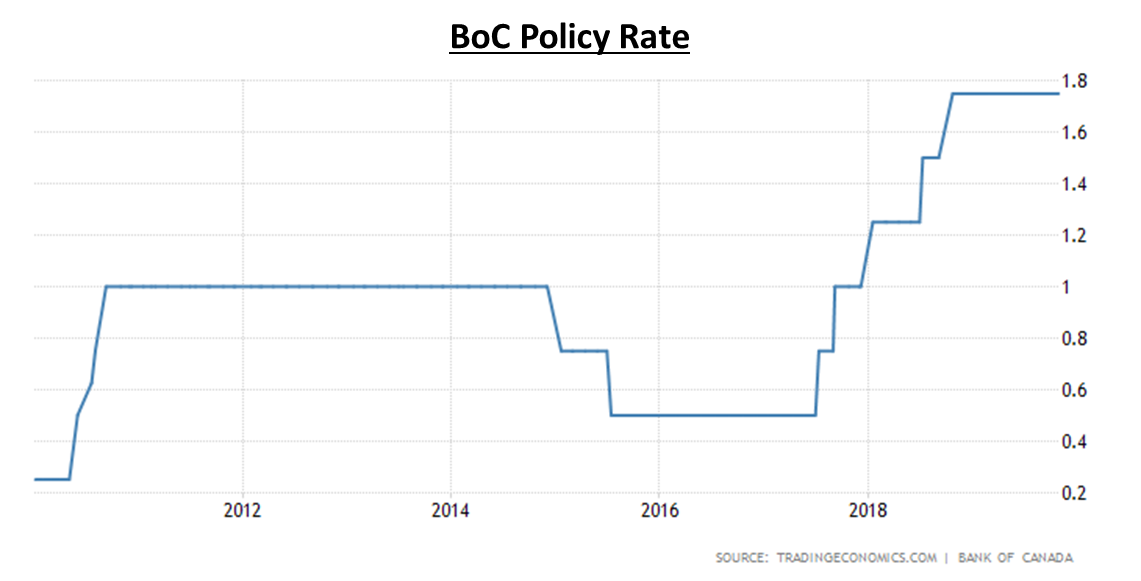 Once again, the direction of the pound will continue to be dominated by events in the ongoing election campaign. Of particular interest for market participants will be the ongoing opinion polls, with sterling set to remain well-supported should the Conservatives maintain their present lead.

In terms of TV events, PM Boris Johnson and Labour leader Jeremy Corbyn will go head-to-head in a BBC debate on Friday, just 6 days before polling day. Meanwhile, the BBC's fearsome interviewer Andrew Neil will be interrogating Lib Dem leader Jo Swinson (Mon) and Brexit Party leader Nigel Farage (Tues) this week, though no date has yet been confirmed for the Prime Minister to be questioned.

The highlight of this week's busy data calendar comes on Friday, in the form of monthly US labour market data for November. The jobs market is expected to remain tight, though attention will be on the likely continued moderation in payrolls growth.

Investors will also focus on Canadian labour market numbers, as well as examining the latest US consumer sentiment figures from the University of Michigan. That's not all, however. Focus will also fall on November's services PMI surveys, third quarter GDP from Australia, Japanese average earnings, and Swiss CPI data.