With the UK set to leave the European Union in March next year, the UK faces a number of Brexit trade options. Recently, the rhetoric from both sides is that of a hard Brexit deal, which some analysts say could be catastrophic for British business and have warned about chaos at the borders, higher food prices and shortages in the shops, but Brexiteers say would create a truly independent nation.

What do businesses need to know?

As the UK and EU continue their Brexit negotiations, we explore some of the possible outcomes, these range from a ‘no deal’ to a ‘Norway’ type scenario and how this could impact sterling. 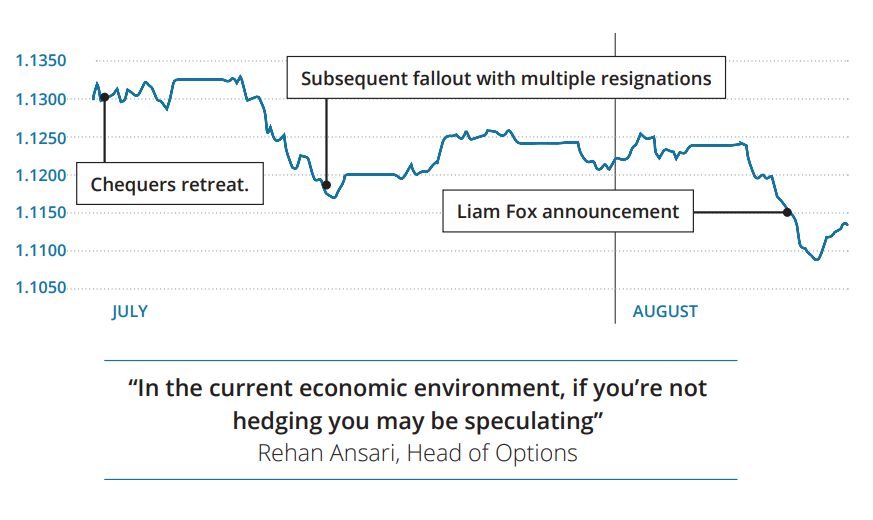 As predicted by many political observers, Brexit has led to deep divisions within the government, between “Brexiteers” and “Remainers”. Following a very volatile few months, not just in the FX markets but politically, UK businesses can expect further volatility as we lead up to the October 2018 so-called trade deadline with the EU. 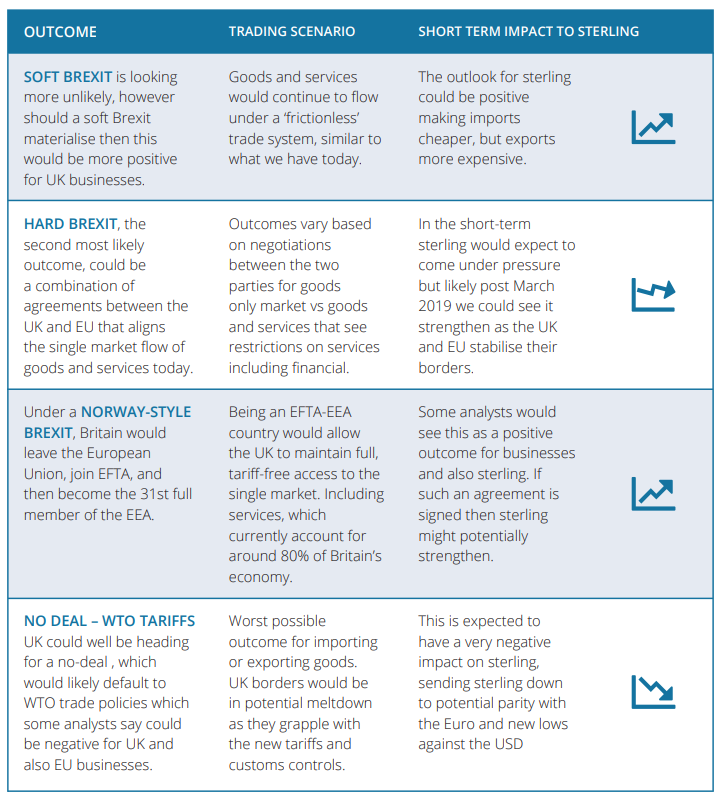 No matter what type of Brexit we achieve, companies must be prepared for any trade eventuality.

At Caxton FX, we already help customers be Brexit ready by building a simple currency plan using forwards and/or currency options to protect themselves against adverse movements in the FX markets.