The latest market highlights and our views on the key developments as the Fed leave policy on hold, but strike a dovish tone; Lagarde prepares for her ECB debut; and the UK heads to the polls

FOMC - A High Bar For Hikes

Short-term neutral, long-term dovish was the name of the game for the final FOMC decision of the year on Wednesday.

As expected, policymakers maintained the target range for the Federal Funds Rate at 1.50% - 1.75%, voting unanimously for the policy action. The FOMC also indicated that policy would is firmly on hold for the foreseeable future, noting that the current monetary policy stance is "appropriate" and "well-positioned". The FOMC's economic outlook was also little changed, repeating that job gains have been 'solid', and that economic activity has been rising at a 'moderate rate'.

The dot plot, which indicates individual policymakers' expectations of the future policy rate, cemented the neutral message. The dots pointed to policy being on hold next year, before signalling one 25bps hike in each of 2021 and 2022. 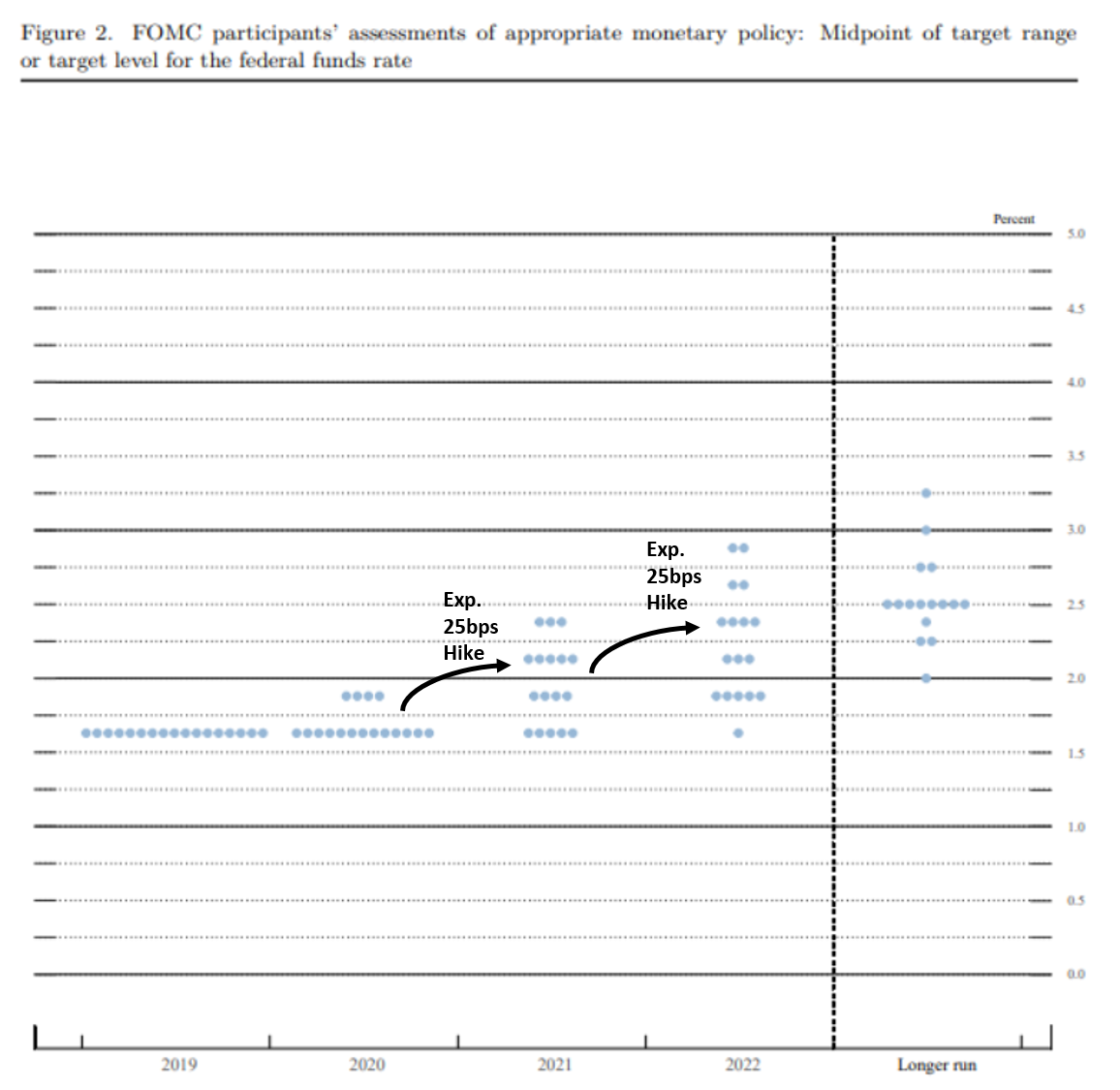 Nonetheless, despite the short-term neutral policy stance, Chair Powell set a high bar for future rate hikes, indicating that he would want to see a "significant, persistent" rise in inflation before tightening policy. In the longer-term, these comments are to the dovish end of the spectrum, and resulted in a bout of dollar selling.

On the back of Powell's dovishness, the dollar shed 0.4% against a basket of peers, hitting its lowest level in 4 months. Other G10s capitalised on the greenback's weakness, with the euro pushing above $1.11, and the pound rallying back above the $1.32 handle.

Staying with the US, Wednesday's only notable data release came in the form of November's inflation figures.

The pace of price increases is beginning to heat up in the States, with headline CPI increasing by a greater than expected 2.1% YoY last month - the fastest pace in a year. Core CPI, which excludes the impact of volatile food and energy prices, remained at 2.3% YoY for the 2nd straight month.

The dollar was, however, largely unfazed by the data, instead treading water ahead of the FOMC decision. 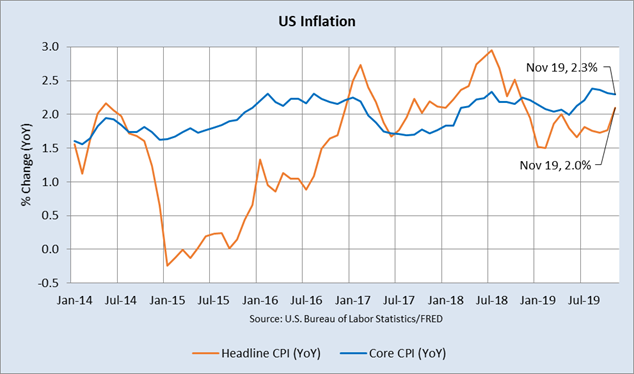 Silence is not golden when it comes to Sino-US trade relations, with market participants becoming increasingly concerned about the lack of official comments on the planned imposition of additional US tariffs on Chinese imports on 15th December.

Despite yesterday's reports that negotiators were planning for a tariff delay, no official confirmation has been received, leaving markets playing a guessing game.

The only notable trade headlines on Wednesday came from the Chinese side, with reports that Chinese negotiators see the cancellation of said tariffs as a minimum pre-condition for continuing negotiations.

As a result of the silence, risk appetite remained subdued, helping the Japanese yen and Swiss franc to strike a relatively firm tone. Nonetheless, both antipodeans also gained ground, with the Aussie dollar jumping 1.1% - breaking above its 50- and 100-day moving averages.

As Britain goes to the polls, Christine Lagarde makes her debut as ECB President, and trade headlines remain the centre of attention.

After a little over 5 weeks at the helm, Christine Lagarde will preside over her first ECB policy decision today; however no monetary policy changes are expected. As such, rates are expected to remain at 0.0% (refi) and -0.5% (depo), while the ECB will also maintain their 'open-ended' 20bln EUR per month quantitative easing programme.

Bearing in mind the lack of policy changes, market participants are likely to be heavily focused on Lagarde's language - particularly at the press conference - with emphasis on the policy outlook, adverse side effects of the ECB's ultra-loose policy, and the potential for fiscal stimulus from eurozone governments. The press conference participants will also be interesting - I wonder if Chief Economist Lane will make an appearance alongside Lagarde and Vice President de Guindos - both of whom are politicians, rather than policymakers.

The ECB's latest macroeconomic projections will also be worth a look, but are unlikely to show significant changes to the economic outlook. The recent modest turnaround in sentiment surveys may boost GDP expectations, though the outlook as a whole will remain relatively bleak.

It's not just the ECB giving us a policy decision today, the Swiss National Bank (SNB) are also holding their final meeting of 2019.

Policymakers are expected to maintain the lowest developed market policy rate, at -0.75%, while also maintaining their focus on FX, rather than interest rates, as their primary monetary policy tool. This is due to the small, highly open nature of the Swiss economy, with the nation's economic prospects highly dependent on trade with the eurozone.

As a result, any explicit comments on FX rates will be the primary driver of volatility in the franc, particularly if the SNB change their description of the currency from being 'highly valued'.

Finally, the UK heads to the polls today, in the first December election since 1923. However, due to electoral rules, I can't tell you a lot about it.

What I can say is this; polls are open until 10pm, at which point the exit poll will be released to provide the first indication of the election result. Ballots will be counted throughout the night, with the election outcome likely to be known by the time your alarm goes off on Friday morning.