The latest market highlights and our views on the key developments as the Fed stun markets with an emergency 50bps rate cut resulting in another bout of equity market weakness, a continuation of the recent bond rally, flows into the safe-haven yen, and broad-based dollar weakness

So, we don't need to worry about the coronavirus anymore; the Fed have solved the problem after a 50bps rate cut.

Of course, that's tongue in cheek, though the Federal Reserve did surprise markets on Tuesday, announcing their first inter-meeting 'emergency' rate cut since the 2008 financial crisis. After meeting on Monday, the Federal Reserve announced yesterday that the FOMC had unanimously voted to lower the target range for the Fed Funds Rate by 50bps to 1.00% - 1.25%; bringing rates back to levels last seen in late-2017. 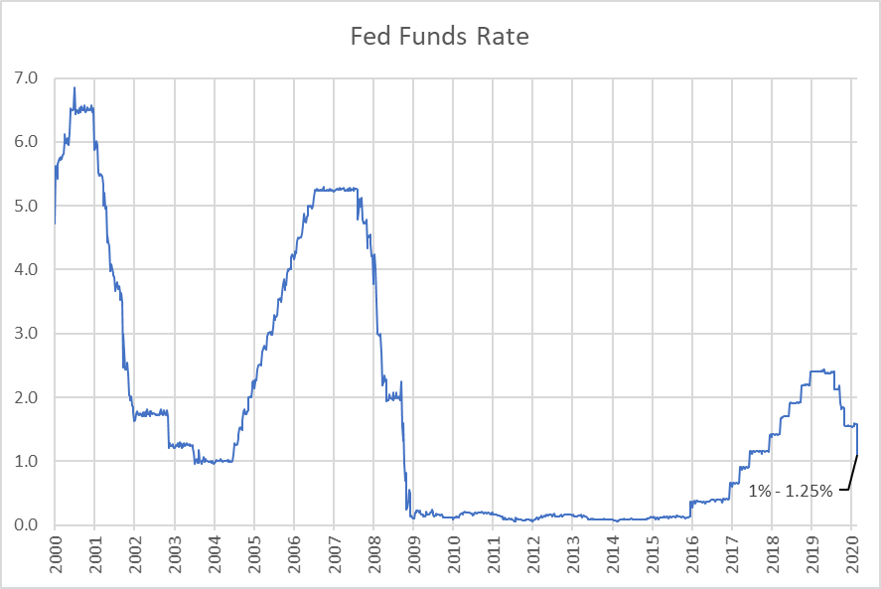 The 'emergency' cut, which comes as the coronavirus "poses evolving risks to [US] economic activity", was the first policy action taken outside of a scheduled FOMC meeting since the heights of the financial crisis in 2008. 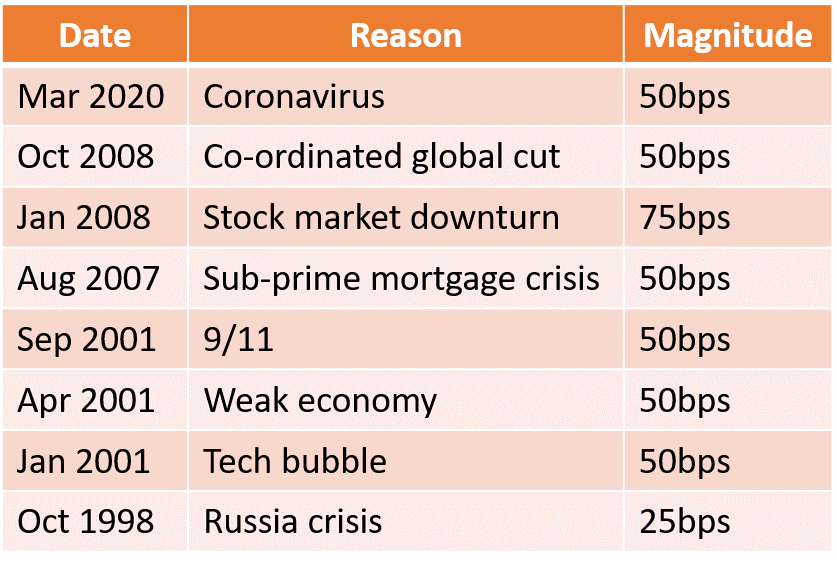 To put that into perspective, the last time the FOMC carried out an inter-meeting rate cut was just after the Lehman bankruptcy when the gears of the world economy were seizing up; a time vastly different from the present environment.

I've written at length in recent editions of this Note how a rate cut won't solve the virus itself, the supply-side issues caused by the epidemic, or spur demand among those under lockdown. These are all things that will need to be attacked by, firstly, a medical response, before targeted fiscal measures are enacted to assist the eventual recovery; rather than blanket rate cuts.

So why did the Fed cut rates?

Firstly, they were bullied into doing it. Not only had money markets priced in a full 100bps of policy easing this year, and the recent bull steepening of the yield curve shown how markets were crying out for looser policy; but the recent equity market sell-off was, at least in part, driven by concerns over whether the Fed would act.

Furthermore, politics - of course - plays a role, with President Trump, NEC Director Larry Kudlow, and Treasury Secretary Mnuchin all having called for rates to be slashed over the previous days.

Of course, both of these factors raise serious questions over both the Fed's credibility and independence, and whether policymakers will ever push back against the perception of their role being to act as a backstop for equity markets.

On the policy side, however, the Fed will have likely been concerned by the rapid tightening of financial conditions - shown below - which was equivalent to around 46bps of Fed hikes. 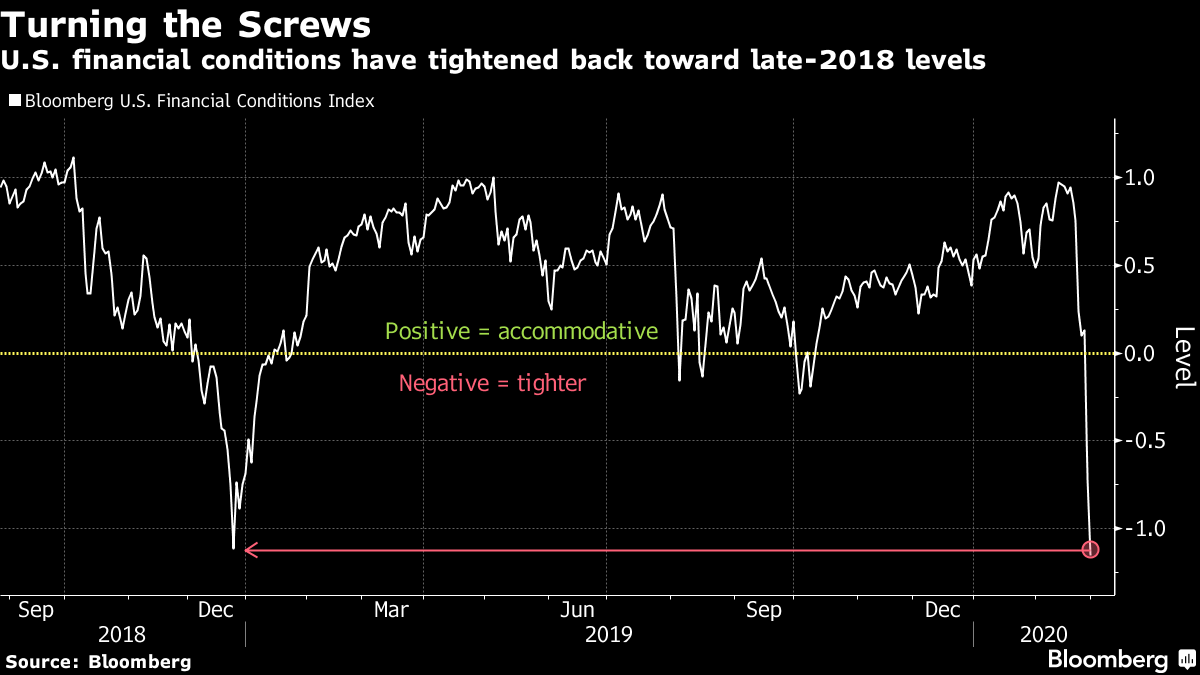 This rate cut will immediately alleviate these pressures, helping to ensure that a 'credit crunch' doesn't occur. A useful way of showing this is to look at the 'real' Fed Funds Rate - the policy rate adjusted for inflation - which is now at a multi-year low. 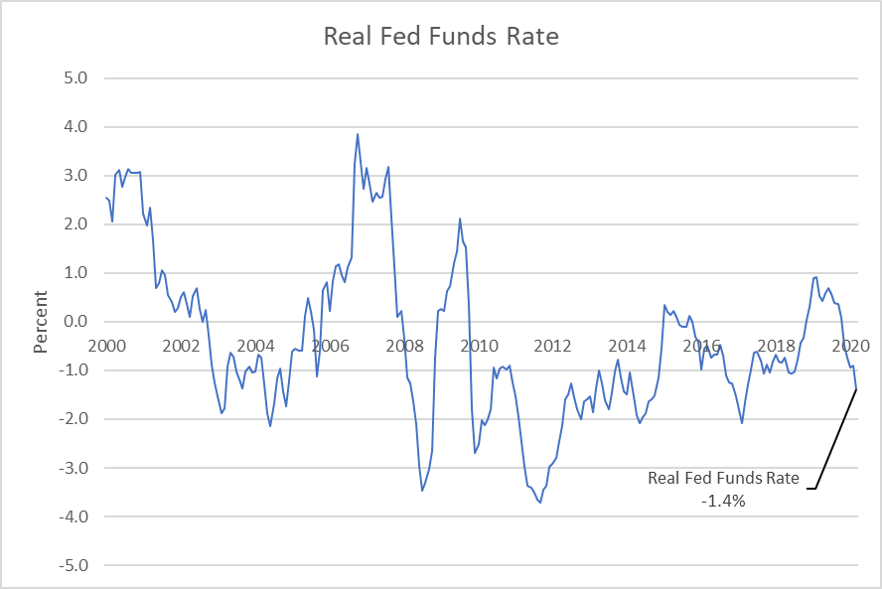 There may also, perhaps, be a degree of attempted 'shock and awe' involved in the Fed's decision, with policymakers wanting to get the most bang for their buck from the limited policy ammunition that remains.

However, if the cut doesn't work, the Fed will likely have to re-open the unconventional monetary policy playbook, despite Chair Powell's insistence that such measures and tools had not yet been discussed.

Speaking of the policy outlook, it is clear that further policy easing is to come. By maintaining the pledge to 'act as appropriate' the FOMC continue to guide the market towards further cuts, with the potential for a further 25bps cut to take place at the policy meeting in just over 2 weeks' time.

Looking ahead, markets continue to price around 50bps of further cuts by year-end. 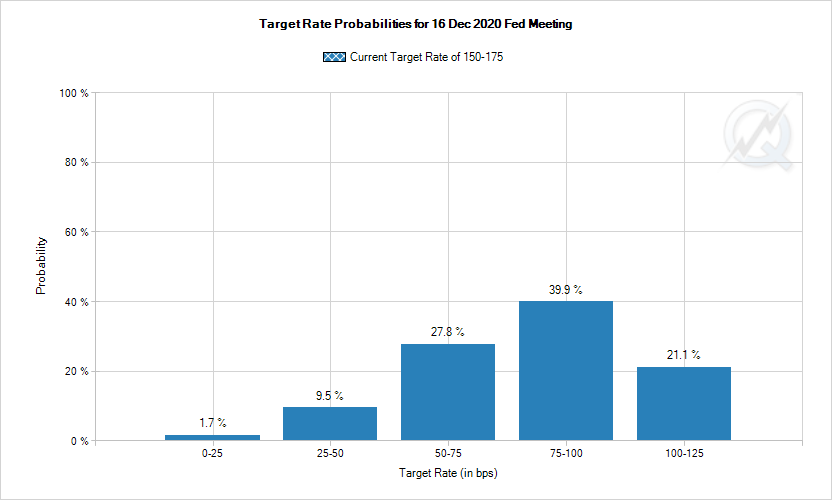 All other global central banks will likely have to follow the Fed's lead now, not wanting to run the risk of getting left behind the curve running overly tight policy. Markets are pricing in an aggressive degree of policy easing over the coming months, with a 25bps BoE cut at the end of the month a certainty in investors' eyes. 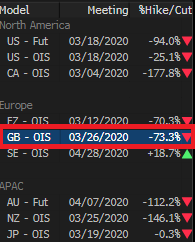 The market reaction to the cut could have gone one of two ways; either relief that the Fed is stepping in, or panic that the Fed felt the need to step in in such an unexpected manner; do the Fed know something we don't?

On Tuesday, barring a brief pop in risk assets, it was the latter that took hold, with markets concerned over the efficacy of a rate cut, and also pondered why the Fed felt the need to act in such a surprise manner.

This fear was most clearly evident in US equity markets, which ended the deep into negative territory, erasing around half of the Monday's advance. The benchmark S&P 500 ended the day just above session lows, closing 2.82% lower. Meanwhile, both the 30-stock Dow Jones Industrial Average and tech-heavy Nasdaq lost just under 3%.

Meanwhile, here in Europe, equity markets spent most of the day playing catch-up to Monday's US stock rally. The pan-continental Stoxx 600 ended the day 1.25% higher, though significantly pared its gains in the final hour of trading after the FOMC's announcement.

In the bond market, the recent rally continued, with Treasury yields continuing to tumble. Benchmark 10-year yields, which move inversely to price, fell 11bps on Tuesday, falling below 1% for the first time ever.

Yields across the Treasury curve fell, however it was at the short end were moves were most significant; policy-sensitive 2-year yields, for example, falling by as much as 20bps to as low as 0.6%.

This is further evidence of the yield curve continuing to bull steepen -- when short term rates fall faster than longer term rates -- a classic sign of the market crying out for more rate cuts. This bull steepening has seen the 2s10s spread widen significantly, now standing at almost 30bps, the widest this year.

In FX, the surprise FOMC cut exerted pressure on the dollar, which sank to the bottom of the G10 leaderboard, and to a near 2-month low against a basket of peers, ending the day with losses of around 0.8%. 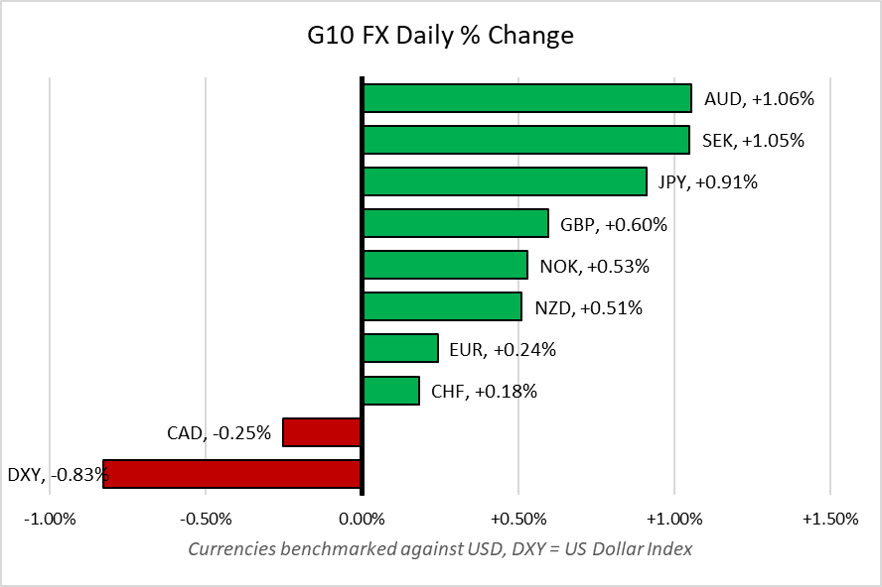 Elsewhere in G10, the euro briefly popped to a 2-month high above the $1.12 handle, though quickly retraced, ending the day 0.3% higher. The brief pop in the common currency came as a result of the weaker dollar, with the recent carry trade unwind only being able to propel the euro so far.

The day's biggest mover was the safe-haven Japanese yen, which gained more than 1%, rising to its strongest levels since last October as the surprise Fed cut resulted in market participants continuing to seek shelter from riskier assets. The Swiss franc also ticked higher over the day.

Sterling, meanwhile, was subdued, treading water against both the dollar and the euro for the majority of the day, before making a slight foray above the $1.28 handle in late trading.

Finally, turning to commodities, oil prices continued to gain ground amid mounting expectations that OPEC would announce deeper production cuts at the conclusion of Thursday's meeting. US WTI crude ended the day 0.9% higher, with Brent gaining a similar amount.