In August markets are likely to head into their traditional summer slumber with volatility likely to be muted.

However, politics will remain key for the pound, with markets set to closely monitor developments in Brexit negotiations as PM Johnson continues to pledge to deliver a Halloween Brexit, ‘no ifs or buts’. Elsewhere, markets will begin to anticipate likely developments in September, including further monetary policy easing.

Global central banks continued their shift to a more dovish policy stance in July, with the Federal Reserve and RBA announcing rate cuts, and the ECB preparing markets for a significant stimulus package in September. Meanwhile, little progress has been made on Brexit, though the UK does have a new Prime Minister in the shape of Boris Johnson. Other geopolitical risks have cooled slightly, with the US and China having agreed another tentative trade truce.

Find out more about what's in store for sterling and other currencies, in our August Currency Outlook. 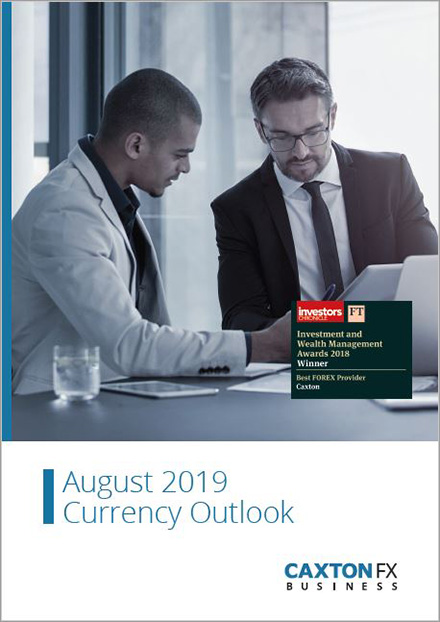